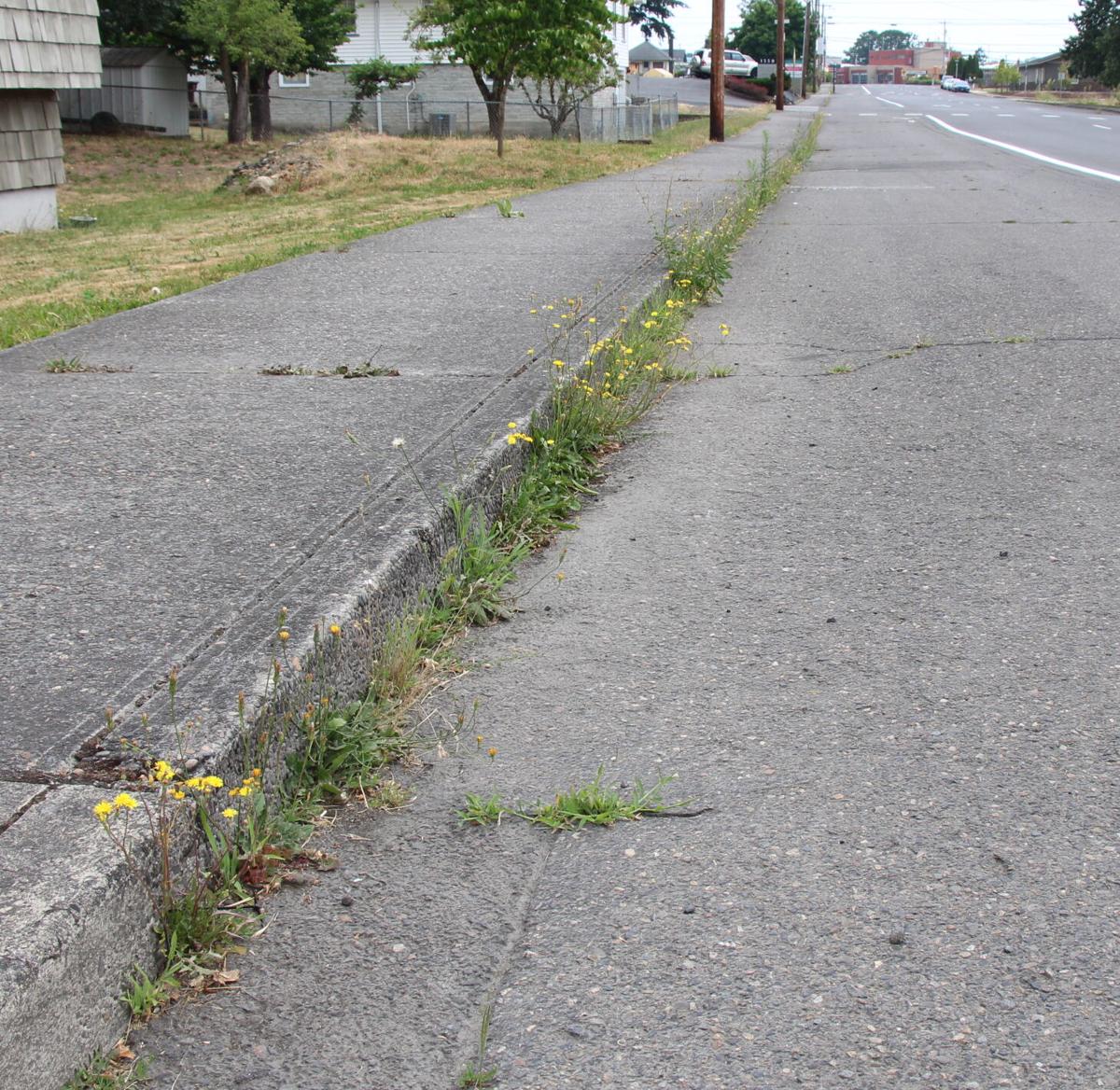 This is one of the long line of weeds along St. Helen Street. The weeds have since been removed. 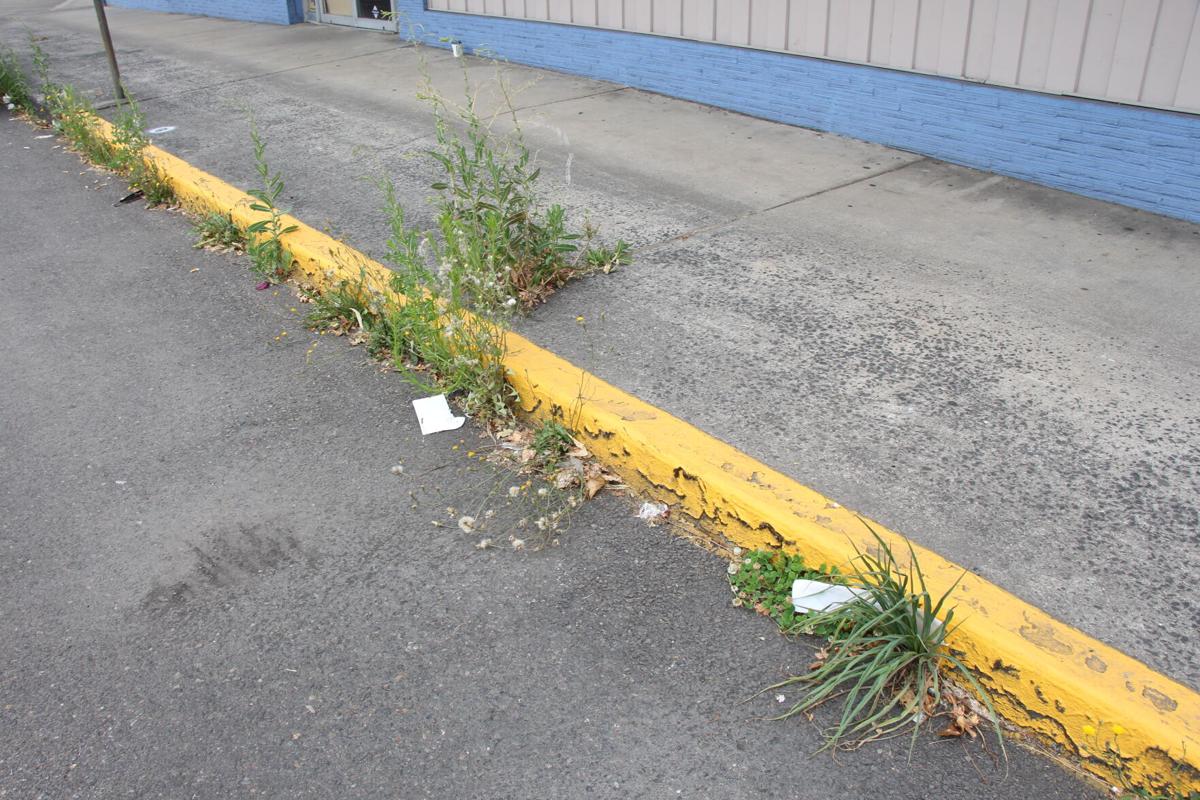 These weeds sprouted up along Columbia Boulevard. The city's public works crew has since cut them away.

Several days ago, The Chronicle notified St. Helens Communications Officer Crystal King about the tall weeds we had been spotting along the side of Columbia Boulevard, St. Helens Street and adjacent streets in downtown St. Helens.

King said the city owns a street sweeper which usually takes care of the weeds shown in some of The Chronicle photos. The city does have a weekly street sweeping schedule and road maintenance plan. However, King explained that the city’s street sweeper has been broken for several weeks and the city was in the process of fixing the sweeper. New blades and brushes have been ordered, King said, which should be arriving soon.

According to King, the city’s public works director looked at the pictures sent by The Chronicle and said that as soon as repairs are made to the sweeper at the city shop, he will make sure these areas are swept. In the meantime, he is working with the public works team to establish a more robust street sweeping plan.

Shortly after The Chronicle received King’s response, a city public works crew was seen along Columbia Boulevard taking down the weeds. Since that time, weeds along other city streets have been cleared as well.

The weed takedown and having the city use a street sweeper to clear other debris helps keep our city clean and presents our city in a positive way to locals and visitors.

As the city moves forward with other beautification plans, we encourage each business and all property owners in St. Helens to embrace the efforts. Together, we all make St. Helens the community that it is. It’s up to each of us to take few moments each day to help keep our city clean and vibrant.

The Chronicle recently featured a story about the St. Helens High School (SHHS) Band Program selected as the Oregon Schools Activities Association (OSAA) 5A winner of the Les Schwab Tire Centers Team of the Month.

This is significant because it is the first award for the St. Helens School District and the first time a band program has received the award, according to the OSAA.

Specifically, the SHHS Band Programs Wind Ensemble is being recognized, according to the school band program director Noelle Freshner, who said the 31-member wind ensemble is the top band at SHHS.

Freshner said the recognition this year is particularly gratifying for her students due to the challenges triggered by the COVID-19 pandemic.

“This year these kids pushed through the worst possible situation and came out more successful than I could have possibly imagined,” she said. “They were willing to put in extra time and energy when it would have been easy for them to just give up and wait for things to return to normal. That work paid off and has set us up to be a great band next year.”

Freshner said the experience each student is offered in school band should help them navigate through life.

“Band members get so much out of being in band that is not music-related,” she said. “It teaches them a strong work ethic, dedication, responsibility, reliability, communication, organization and leadership. They experience the payoff of work over time instead of the jolt of instant gratification. No one sits on the bench in the band. Everyone plays and everyone has an important role.”

Thumbs up to the SHHS Wind Ensemble for persevering through the COVID-19 pandemic challenges and capturing this award. We also congratulate all of the St. Helens School District students, teachers, staff, volunteers and administrators for navigating through the pandemic. We hope the new school year ahead will be a bit less challenging.

Also, notice how many vehicles roll through the street stop signs without coming to a compete stop.

Traffic rules are in place for a reason. They are important safety guidelines to protect all drivers and pedestrians. The more frequent traffic violations, the more dangerous it is to be out and about in St. Helens.