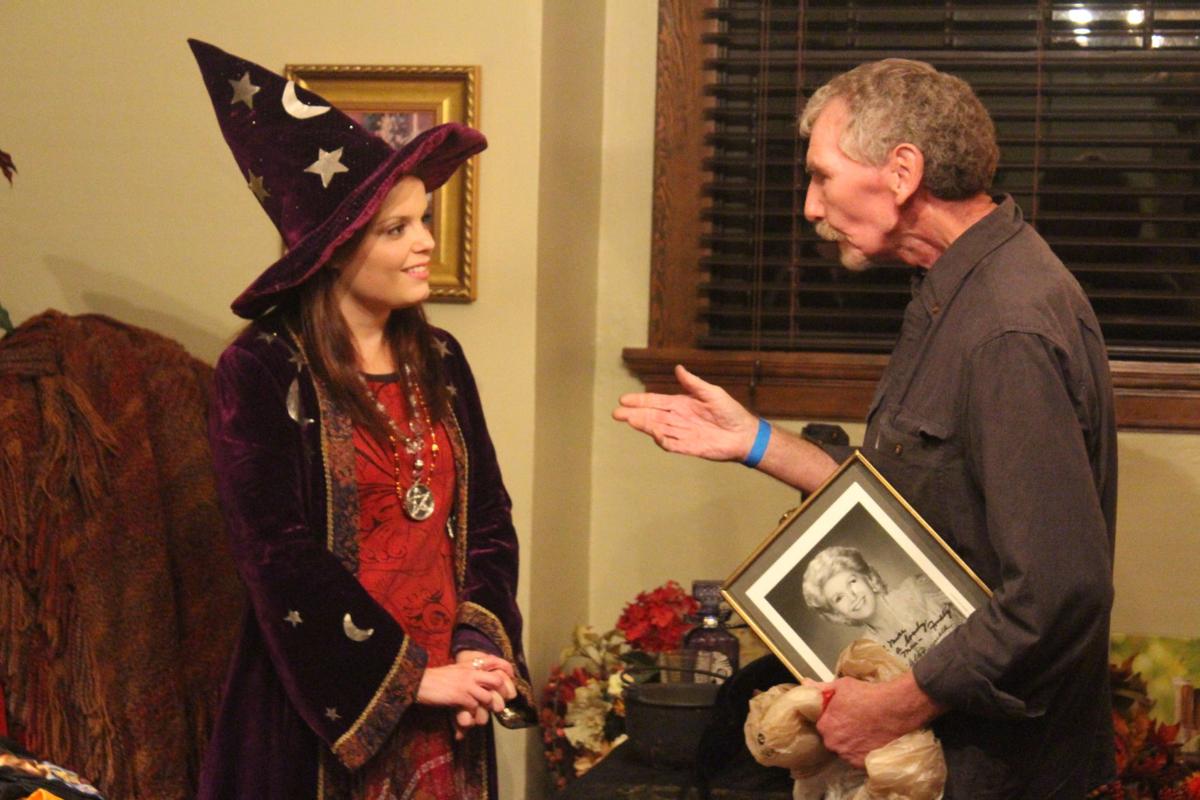 One visitor brought a signed photo of Debbie Reynolds to share with Brown. 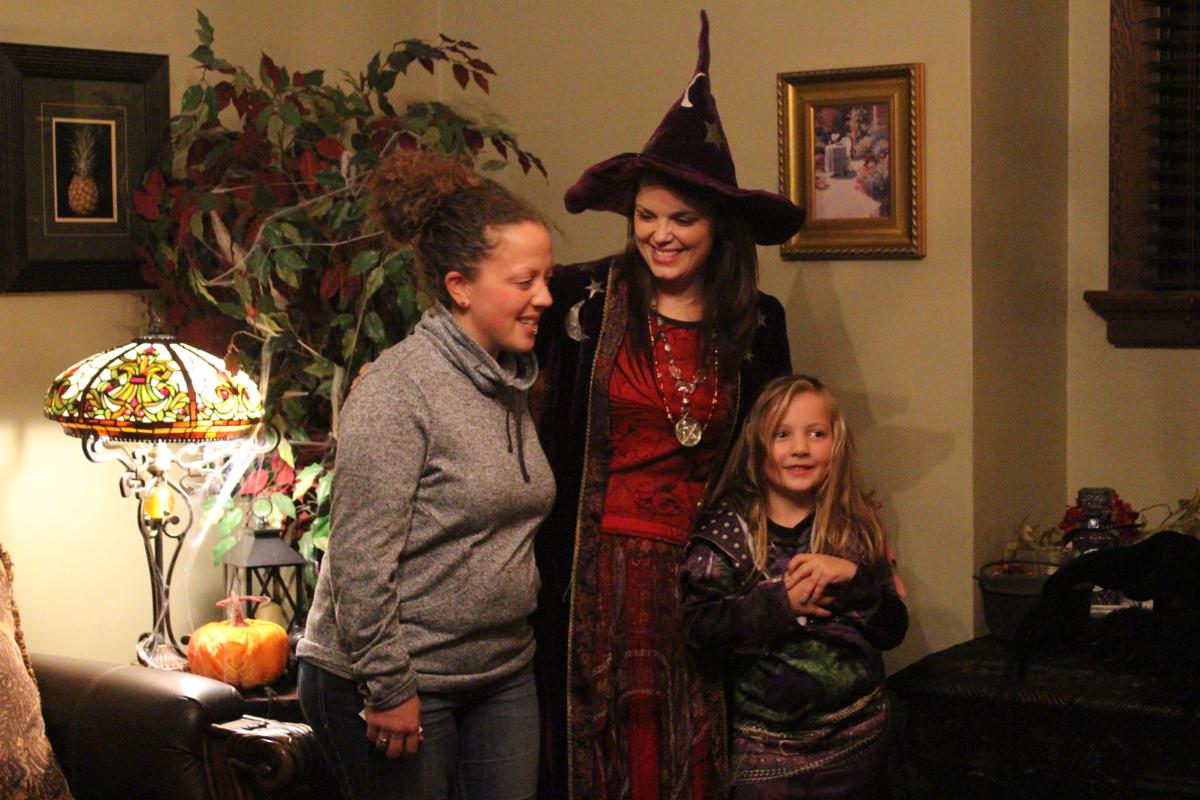 Brown laughs with two of her visitors after snapping a photo. 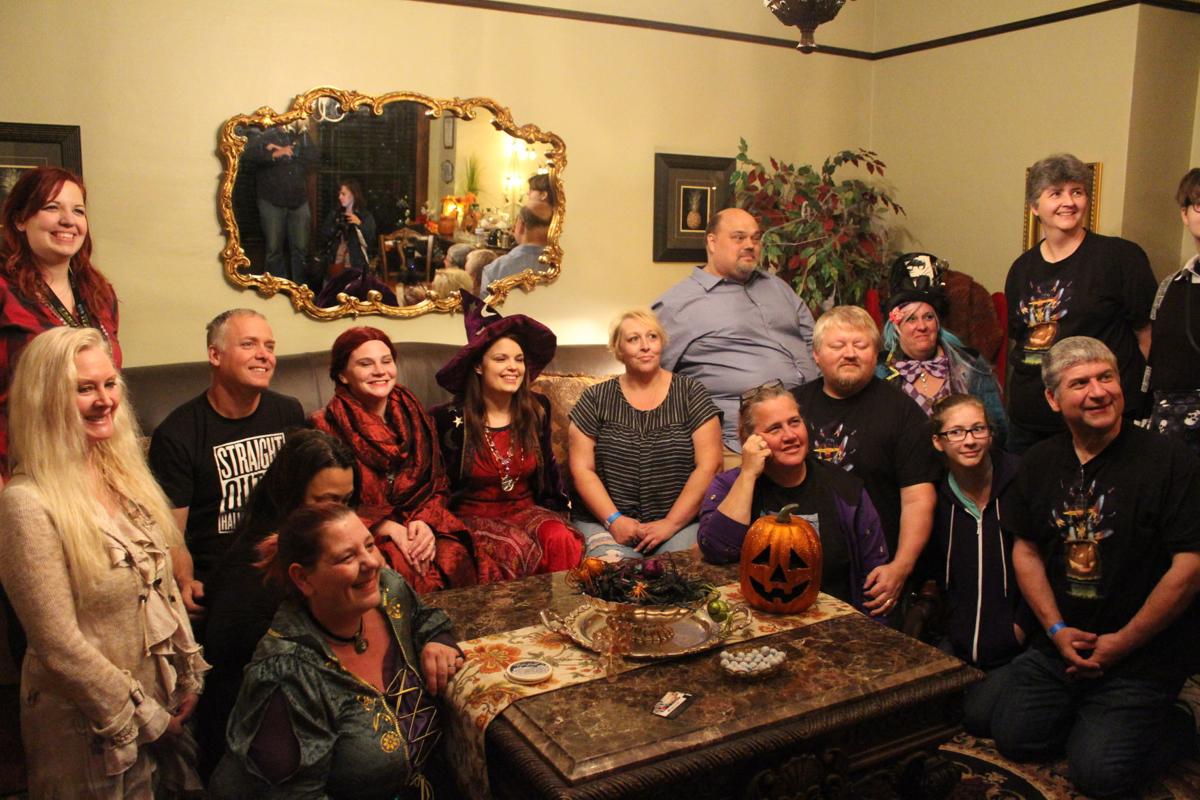 Brown sits with the volunteers that made the Meet and Treat possible.

One visitor brought a signed photo of Debbie Reynolds to share with Brown.

Brown laughs with two of her visitors after snapping a photo.

Brown sits with the volunteers that made the Meet and Treat possible.

A new event during the “Spirit of Hallowentown” festival designed to be more accessible to St. Helens residents brought visitors out to Nob Hill Bed and Breakfast on Sunday night, Oct. 15 to commune with the film’s star, Kimberly J. Brown. The B&B was the filming location for Grandma Aggie’s house, played by Debbie Reynolds, who was honored in Saturday night’s pumpkin lighting.

Sponsored by the St. Helens Economic Development Corporation (SHEDCO), tickets for the event were launched in late September with a special incentive for locals. Brown made available several hundred copies of her children’s book “Poppins Pumpkin Patch Parade” which SHEDCO distributed to local businesses around town. Inside ten of those books were golden tickets that earned the buyer a free trip to Grandma Aggie’s for the very first time that it had been opened to the public.

“This year with Debbie passing away, people are kind of connected to this home, so we figured this would be a great time to allow them to go through it,” Amanda Normine of SHEDCO said.

The experience began at Columbia River Receptions and Events where guests enjoyed music, food and drinks from Houlton Bakery and Wild Currant Catering. Then, guests were taken by shuttle in groups up to Nob Hill to meet Brown.

“We had witches greet us right as we came up and got a nice little synopsis of what it would be like in here,” local visitor Ben Tiscareno said. “Nob Hill is beautiful, comfortable and cozy. This place is a treasure of this town and hosting an event like this, opening it to the public, it needed to happen. Seeing all these people enjoy themselves, it really made it what is should be.”

Brown sat in a large red chair in the corner of Nob Hill’s living room, dressed in the costume she wore as Marnie in the second and third installments of the Halloweentown films. She credited Reynolds for helping her keep the costume, as the late actress spoke to a producer on Brown’s behalf. “She was always looking out for me,” Brown said.

Brown was all smiles at the event, warmly greeting each guest as they walked up to meet her and snag a picture.

“It’s interesting. It feels very much the same,” Brown said of the house. “Walking through different aspects of the town and up here, it’s almost like little pieces of déjà vu and memories that come back.”

Brown said that Reynolds would have gotten a kick out of the event and the pumpkin lighting the night before. “I think she would have been so touched. She really loved making people happy and so appreciated her position in her career that she was able to do that for people, and that was so important for me to see as a young actress. I realized through watching her what a gift that was to be in that position,” Brown said. “I’ve just always remembered that because she just loved meeting fans, would always make time for fans. She just loved everybody and wanted everybody to shine brightly.”

The weekend also marked the first time the rest of the cast had returned to the town since the first movie was filmed in 1998. Brown said it was the first time they had all been in the same room together since the filming of Halloweentown High in 2003, though she had run into Judith Hoag and J. Paul Zimmerman on occasion. “Everybody was really excited,” Brown said. “Emily lives in Arizona and I have not seen her since the third one and she’s just grown up, it’s amazing. Everybody had a bunch of different memories pop up and, of course, we talked about Debbie Reynolds a lot. I think we all love celebrating the movies and would happily do it with anybody.”

Brown said it was the ultimate form of flattery as an actor to have her work not only viewed repeatedly year after year, but to have it recreated in such full effect in St. Helens. She’d spoken with people as far away as New Jersey, Chicago and Minnesota who had come out for the festival, and she wanted to thank the city of St. Helens for enduring the influx of visitors.

“I know this has got to be overwhelming probably for a lot of the people that come in and want to visit the town and everything. I just want to say a big thank you to everybody, especially in St. Helens,” Brown said. “We just so appreciate all the love every year, it makes everything worth it. I’d just love to thank everybody for helping us feel that and to continue to keep the magic of Halloweentown alive.”