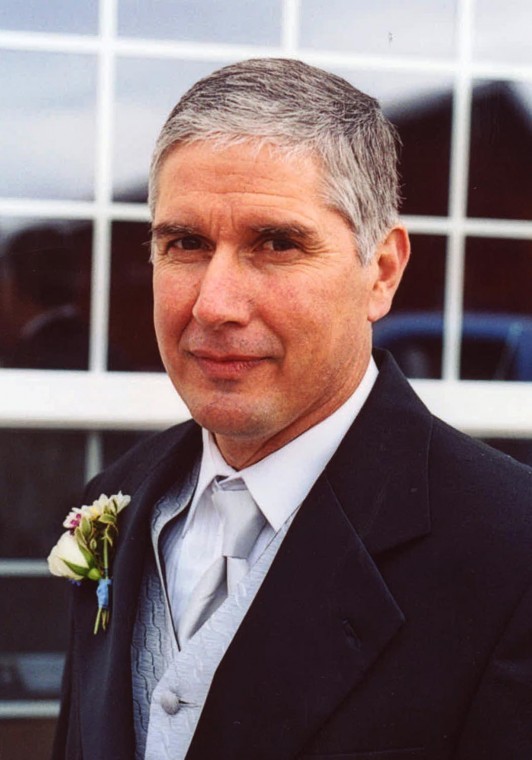 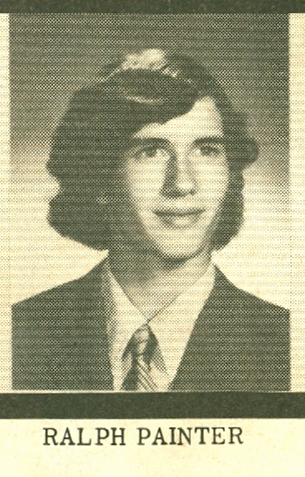 Ralph Painter graduated from St. Helens High School in 1974. He went on to serve on the Rainier City Council and as a police officer there for 22 years.
1 of 2

Ralph Painter graduated from St. Helens High School in 1974. He went on to serve on the Rainier City Council and as a police officer there for 22 years.

Ralph Painter was a Columbia County son, and the whole county reels from his passing.

Though he served as police chief in Rainier, he had deep roots in St. Helens, where he grew up, and strong ties in Clatskanie, where the two local police forces worked closely together.

From one corner of the county to the other, a still-shocked community mourns the man who is universally described as the nicest you'd ever meet, one who would do anything for you.

St. Helens Mayor Randy Peterson summed Painter up the way many have: "Just a nice guy, good sense of humor, and a good family man."

Peterson and Painter graduated together in 1974 from St. Helens High School, where they co-captained the cross country team. (Later on, they grabbed coffee together when Peterson worked at the Rainier fire station.)

Painter excelled at running (he was also on the track team); his senior year, he was named to the all-league team and was named "most valuable runner."

He began his dream law enforcement career in 1983 with the St. Helens Police Reserves, then joined the Rainier Police Department in 1988. From here, he continued 22 years of service to the small town.

"He was very mild mannered and loved to talk. He was a very sincere person and did a heck of a job as a policeman here," said Al Guist, a longtime resident of Rainier.

Painter had told Swanson a former POW would speak there. Swanson, who was not a Christian at the time, said he appreciated Painter bringing him there.

"It was a neat event, something I will always remember," said Swanson during a memorial at Rainier Community Church of God on Jan. 5, the day Painter was shot and killed.

Scott Nelson, owner of Columbia River Carpet One across the street from city hall, knew Painter for years – and saw him every morning.

"I couldn't imagine him even giving someone a ticket. If I was speeding, he'd just do this," shaking his finger like a parent scolding a child. "Everyone is shocked to lose him on such a stupid thing," Nelson said.

Even those in town who didn't know Painter well said they felt the same way.

"He was one of the nicest guys I ever met," said Don Puckett, who's lived in Rainier for about four years.

Puckett only met the chief once, when he investigated a complaint about his neighbors. "It's a shame," he says.

Of course, many did know him.

Painter was a patrolman for 11 years before being promoted to sergeant. He also served on the Rainier City Council until being named chief in 2006.

While on the council, Painter was involved in all kinds of community improvement projects, Olsen said, from parks to the senior center to taking advantage of the waterfront for recreation.

Painter was big into recreation and sports, cheering for the Yankees, the Cowboys and the teams of his youngest son, Riley.

He is also remembered as "a great drummer," said Corey Searle, a buddy of Painter's middle son.

The chief played drums in a band and at Columbia River Foursquare Church for many years and generally liked to rock out, said those who gathered Jan. 5 to bump rock music in front of city hall in Painter's honor.

People continued to gather outside city hall during the past week, piling mementos high on the steps while wiping away tears.

On Jan. 7, a couple stopped by to add a framed photo. Taken years ago, it showed the chief as a young man, standing with his fellow officers on the same steps.

Robert Brill brought his family from Scappoose to view the memorial. Brill said he didn't know Painter, but "we came up to pay our respects."

People throughout the region did the same when Painter's body was moved from the state medical examiner's office in Clackamas to Rainier on Jan. 6.

About 50 police cars and motorcycles escorted the body, while hundreds of people and fellow officers lined the streets along the way.

He also leaves behind a grieving community.

"He was a really nice guy," said Nelson.

"Rainier is like Mayberry, and we just lost Andy Griffith."

ST. HELENS — Traffic stopped, voices were hushed and flashing lights glowed in darkening sky all along the highways from Clackamas to Rainier …

The start of the summer and fall wildfire season began Wednesday across Western Oregon with fire agencies bracing for what could be an intense and damaging season. Read more

The St. Helens library is bucking the curve for most libraries these days. Read more

At The Library: 'Reading Colors Your World'

Readers of all ages are invited to add some color to their summer as the Scappoose Public Library presents “Reading COLORS your world” as its summer library program. Read more

On June 16th the city is scheduled to review a price increase from Hudson Garbage.

Does adversity build character? If so, I have little doubt the class of 2021 will ever face …

It is with great sadness we are announcing that Duane Ezzell passed away May 23, 2021, from …