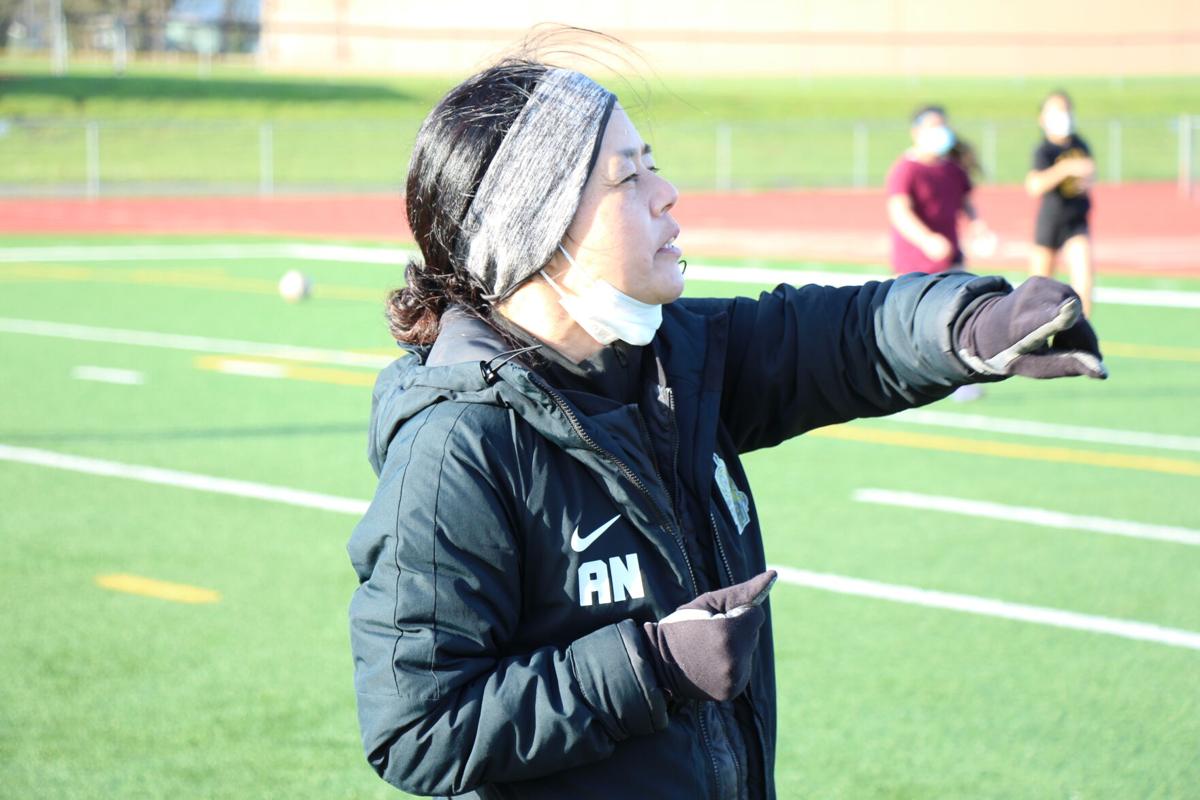 The Lions (1-4 overall, 1-4 Northwest Oregon) blanked Parkrose by a goal on the road - their fourth time beating the Broncos in five years - but have gone scoreless in the rest of their affairs. The team wraps up its short season this week.

Lions head coach Angie Nichols said the abbreviated season due to the pandemic has been challenging and has disrupted the team's regular training schedule.

“One minute we are able to train and we’ll go for a couple of weeks and all of a sudden we have to stop, so it has been intermittent,” she said. “Also, some families feel uncomfortable, so we weren't getting a lot of players turning out.”

Nichols said another key challenge has been a lack of conditioning for the players.

“They're not out running around so that was definitely a factor this year and the girls are out of shape,” she said. “So, we are making the most of it.”

Nichols said the challenges made the team focus on just having fun.

“And just be fortunate to be out here, so its giving us a new perspective,” she said. “None of the game scores count. We won’t be going to a championship. So, we are just happy to be out playing.That’s been really important to us.

Day-to-days are also restrictive in 2021 as the Oregon School Activities Association “prioritizes local and regional play,” forbids pregame handshakes to prevent the spread of illness, and prefers that officials “park in designated areas separate from the public when possible” as disinfection of “shared equipment, restrooms, concession stands and high-touch items such as door handles” is imperative.

There will be no postseason as, per OSAA executive director Peter Weber, “Criss-crossing the state at this point, or bringing a large group of people to one venue, just wasn't something that [The Oregon Health Authority was] supportive of at this point.”

St. Helens became the visiting Wildcats’ third clean sheet victim of the year in an 8-0 decision Tuesday, March 23, and Wilsonville has beaten the Lions three times - twice without surrendering a goal - since homestanding St. Helens beat the Wildcats 6-0 in 2017.

Wilsonville has three state final appearances in its history where the Lions seek their first, and St. Helens has reached the first round of state once (2017) in the last five years.

Hannah Hayduk and Isabelle Mercier (forwards), Jezarel Ortiz (a midfielder), captain Alyssa Marsh, Emmah Durant, Gwenyth Daoust and Kylee Pederson (defenders) are next year’s expected seniors to help St. Helens to where it wants to be.

Driving that ambition into their final two home games, the Lions had a chance to match last year’s win total or finish with their best record since they went 7-7-1, 3-4 in 2018, in a rematch with Parkrose (0-6, 0-6) Tuesday and against Seven-Mile War rival Scappoose (5-1, 4-1), back from the state quarterfinals, on Senior Recognition Night Thursday, the results of both can be found after competitions at the OSAA website.

As fate would have it, Northwest Oregon Coach of the Year Summer Jark and the Indians shut out St. Helens in their first two conference clashes since jumping up from Class 4A in 2018.

“We are just happy to be out playing.That’s been really important to us."