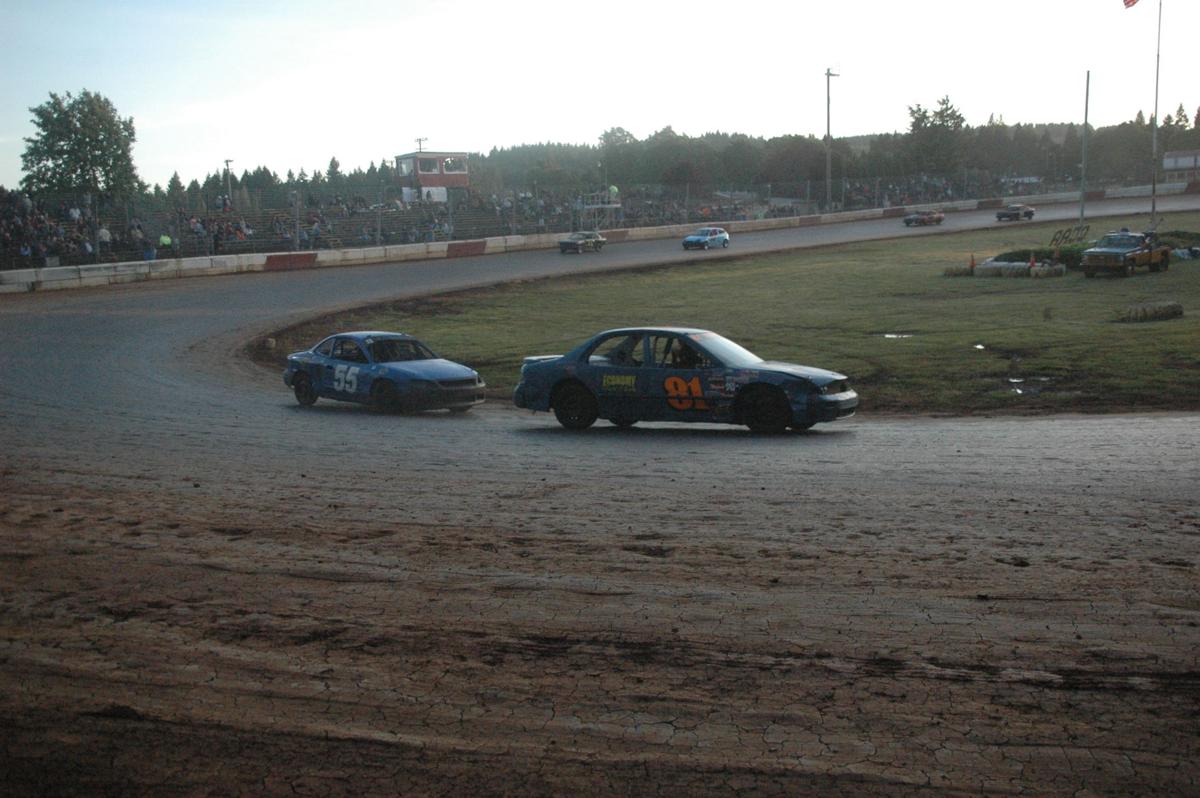 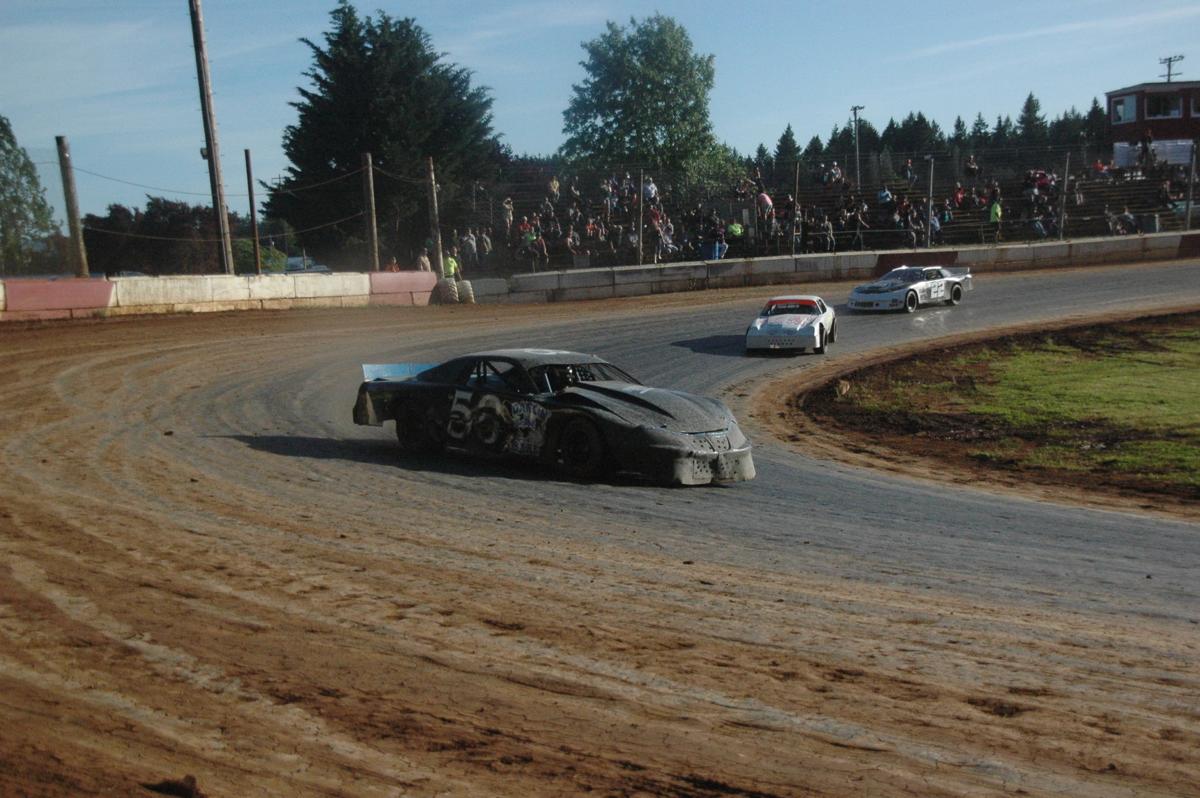 Devon Reed, of Woodland, in car 58, rips around the track and eventually won the Sportsman Division main on June 15 at River City Speedway.

Devon Reed, of Woodland, in car 58, rips around the track and eventually won the Sportsman Division main on June 15 at River City Speedway.

The Modified Division main will include the largest first place prize of the year of $800 for the winner.

Vancouver racer, 10-year-old Zander Koch, continued to be a frontrunner in the Tracer Division (youth’s age 10-17) winning the

“It was good seeing Devon racing in the Modified Division at St. Helens for the first time and he did a good job,” White said. “I can’t get too excited about being undefeated, because that will come to an end at some point. I hope it doesn’t happen in the next race though, but you never know what can happen.”

White said the Saturday June 22 race will be tough because more cars are expected to compete in the Modified Divison.

Reed was competing at the speedway as a double duty driver while entering two CCRA motorsport classifications. Reed drove his Tom’s Performance Engines modified racer for the first time ever in the Modified Division and he had a successful debut as he recorded a fourth place heat race finish in addition to getting runnerup in the main event.

Reed also drove his Dancin’ Bare Tavern/Reed’s Automotive sponsored Chevrolet to victory in the seven-car Sportsman main, taking the lead on the fourth lap of the 25-lap race and then remained up front to get the victory. Bernie Lujan of St. Helens, took second, followed by Portland drivers Frank Elwess, David Weaver and JC Miller. Reed won the 2018 Sportsman Division title and he’s seeking to win a second straight championship.

“I had lots of fun and it was nice that we had more cars competing this week,” said Reed, whose son Martin, 14, competes in the Tracer Division in a 1989 Toyota Corolla. “Martin did OK. He’s improving and getting better. I’m hoping that I can win another Sportsman Division championship this year.”

Koch drove his Dodge Neon to a fourth consecutive victory in the 15-lap Tracer main and he also won the heat race. Paige Gump of St. Helens, was second, followed by Brayden Brookshire of Portland and Reed. Koch, a rookie, has won every heat and main this year. The only race he didn’t win was June 1, when he took second place in the trophy dash to Brookshire.

Brogan, 16, took the lead on the fourth lap of the 14-car Four Cylinder Division main and led the remainder of the 30-lap race to notch his second win of the year and fourth straight top-five finish in his Ram Light Truck Salvage/Economy Auto Wrecking sponsored 1996 Nissan Altima. Taylor Sayre took second, followed by Max Sanford, Sande Simmet, Jerry Rouleau, Jacob Shultz and Tiffany Berg. Brogan demonstrated a big improvement from the last race on June 1, when he finished fifth in the main event.

“I was using the brakes less often than what I did in the last race and that made a big difference,” said Brogan, who also won heat race 3. “It was definitely my most successful day of the season.”

Brogan, a first-year driver in the series, is seeking to win the Rookie-of-the-Year Award and also the Four Cylinder Division championship, which would give him a second straight CCRA title. Brogan, a Kelso High Sophomore, won the Tracer Division title last year and he’s leading the point standings after four of 15 events. If Brogan wins the title, he would be the youngest champion in the 20-year history of the Four Cylinder Division.

Wilkinson, a former Portland Speedway Street Stock champion (2002), took the lead in the main on the second lap and led the remainder of the 30-lap race to get the victory in the Tri-Pod Development sponsored 2003 Ford Focus owned by TJ Landis of West Linn. Shelby Wegner of St. Helens, was runnerup, followed by Wendy Vough of Longview and Shultz of Sandy. Travis Koch and Dan McDonald won heat races.

Dorie was also a two-time winner as he recorded victories in the Dwarf Car heat and main event. Dennis Liebig of Scappoose, who won the previous main event on June 1, was second, followed by Anthony Brinster, Gary Kordosky, Phil Rowland and Bill Poehler.