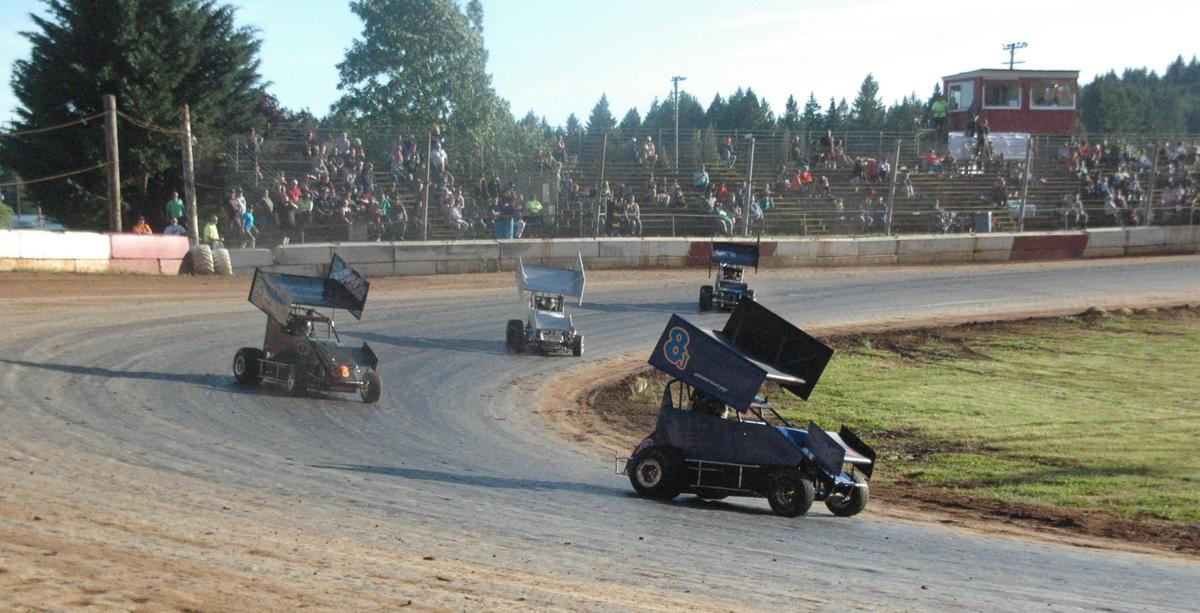 Victoria Woolf, of St. Helens, in the black car number 33 in second place behind Jeff McConville in car number 8. 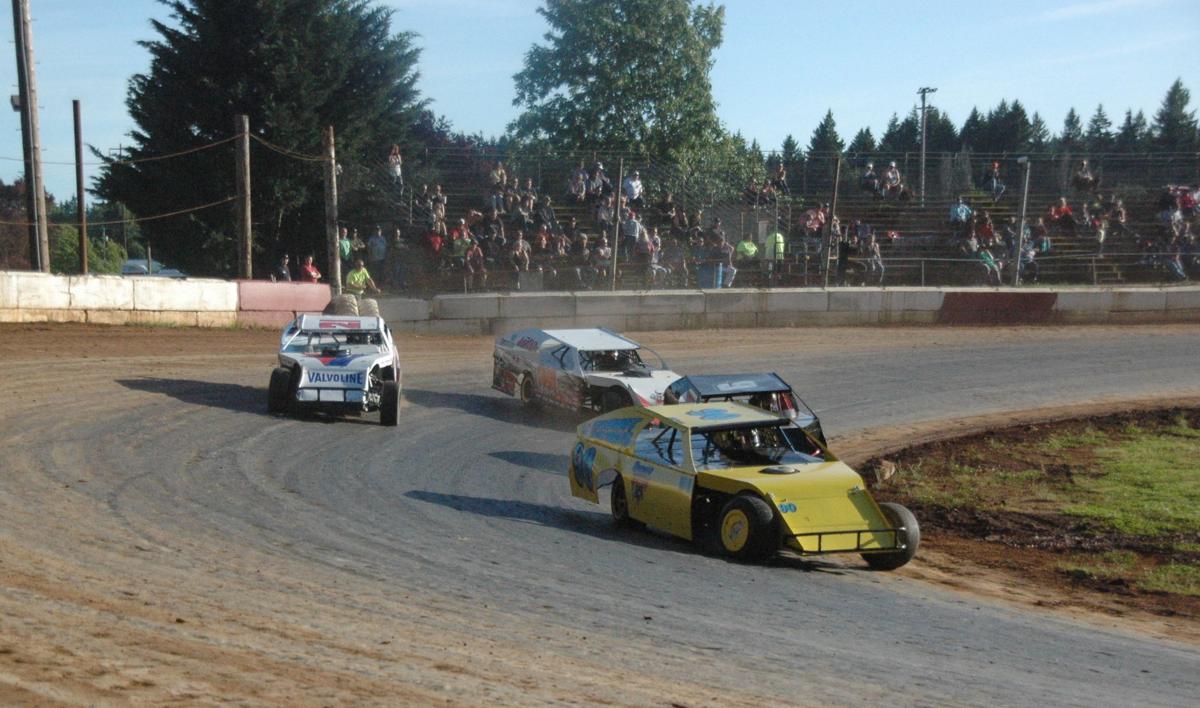 Victoria Woolf, of St. Helens, in the black car number 33 in second place behind Jeff McConville in car number 8.

Preparations are underway for the Fan Appreciation Race at 5 p.m. on June 15, at the Columbia County Fairgrounds in St. Helens.

The River City Speedway event includes special admission of $25 for a car load.

Kock, of Vancouver, won the Tracer Division (youth's age 10-15) main event and heat in his Dodge Neon. It marked the third straight main event win for the 10-year-old Kock.

Longview's Steven Schreiner, who celebrated his 25th birthday on Saturday, passed Fischer on the back straightaway and led lap eight. Following a yellow flag caution period, Fischer moved ahead on the restart of lap nine and led one more lap. Liebig then passed Fischer on the inside lane of the back straightaway on lap 10 and appeared to be in control while leading the next 17 laps.

Scappoose driver Jake VanOrtwick then moved up front on lap 28 and he led the next five circuits around the oval. Following a caution flag, Liebig passed VanOrtwick on the restart of lap 32 and he led final three laps to get the win in his TFT Construction sponsored open-wheel dwarf car. Van Ortwick was runnerup, followed by Shawn Dorie, of St. Helens, Ryan Martinez of Portland and Jake Tupper, of St. Helens, to round out the top-five.

"The last few laps were lots of fun, but when I made a mistake near the end and Jake (VanOrtwick) got around me, I thought that it was over," said Liebig. "I was finally able to get past him though with just three laps left. Jake is a good driver and he's definitely tough to beat. I'm thankful for all the help I've had from my sponsor Tom Fischer and it's also nice having lots of support from my girlfriend Holly Cavett."

Fischer, a 2019 St. Helens High graduate, won Heat 2 and she finished 10th in the main. Schreiner (Heat 4) and Van Ortwick (Heat 3) won heats. Josh Rogers, of Scappoose, was a two-time win as he won Heat 1 and the trophy dash. Adam Chaffee won the 15-lap B main event.

Defending series champ Bob Berg, of St. Helens, started on the pole position of the 30-lap Tuner Division main and led the first four laps in his Cozy Lawn Maintenance sponsored 1997 Dodge Neon. Wegner then passed Berg on the inside of the front straightaway and took the lead on lap five in his 2006 Nissan Sentra. Wegner, 33, gradually built a large advantage and won by a half lap over Zach Dalrymple. Berg took third, followed by Cody Scouller and Joel Davis of Kelso. Wegner recorded a sweep as he also won the trophy dash and heat race.

Landis started on the pole position of the 12-car Four Cylinder Division main and he led from start-to-finish in his Tri-Pod Development/Landis & Landis Construction sponsored 2003 Ford Focus. Landis won by eight car lengths over runnerup Max Sanford of Portland. Sande Simmet of Vancouver took third, followed by Lynn Yeaman of Gresham and Trenton Brogan of Kelso.

King started on the front row of the six-car Street Stock Division main and he led the 20-lap race from start-to-finish to record his second win in his Ross Diesel & Auto sponsored 1987 Buick Regal. Trevor Lively of St. Helens was runnerup, followed by two-time defending champion Greg Brumbaugh of St. Helens, Tom Zywicki of Portland and Matt Brown of St. Helens. King won the heat race and Zywick won the trophy dash.

"Oh man it felt good to win, which really makes me happy and it was nice seeing a few more cars out here too," King said.

Reed, the defending Sportsman Division Champion, was a two-time winnner as he won the Sportsman Division trophy dash and main. Reed led from start-to-finish to capture his second win this year in his Dancin' Bare Taver/Reed's Automotive sponsored Chevrolet. Frank Elwess of Portland was second, followed by Portland's David Weaver and Gary Kordosky of St. Helens.

In what turned out to be one of River City Speedway's best motorsports event this year, a season high total of 84 cars participated in the third round of CCRA stock car racing.