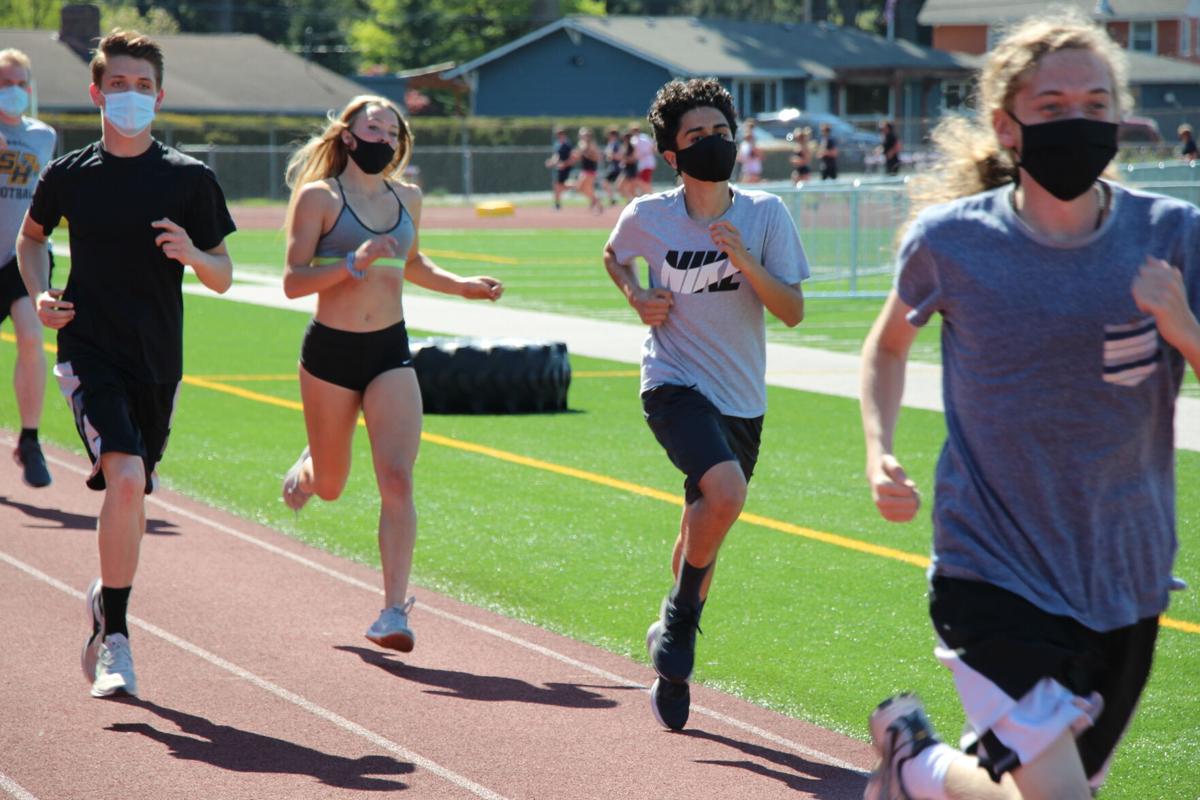 Members of the St. Helens Track and Field team sprint against each other during drills. 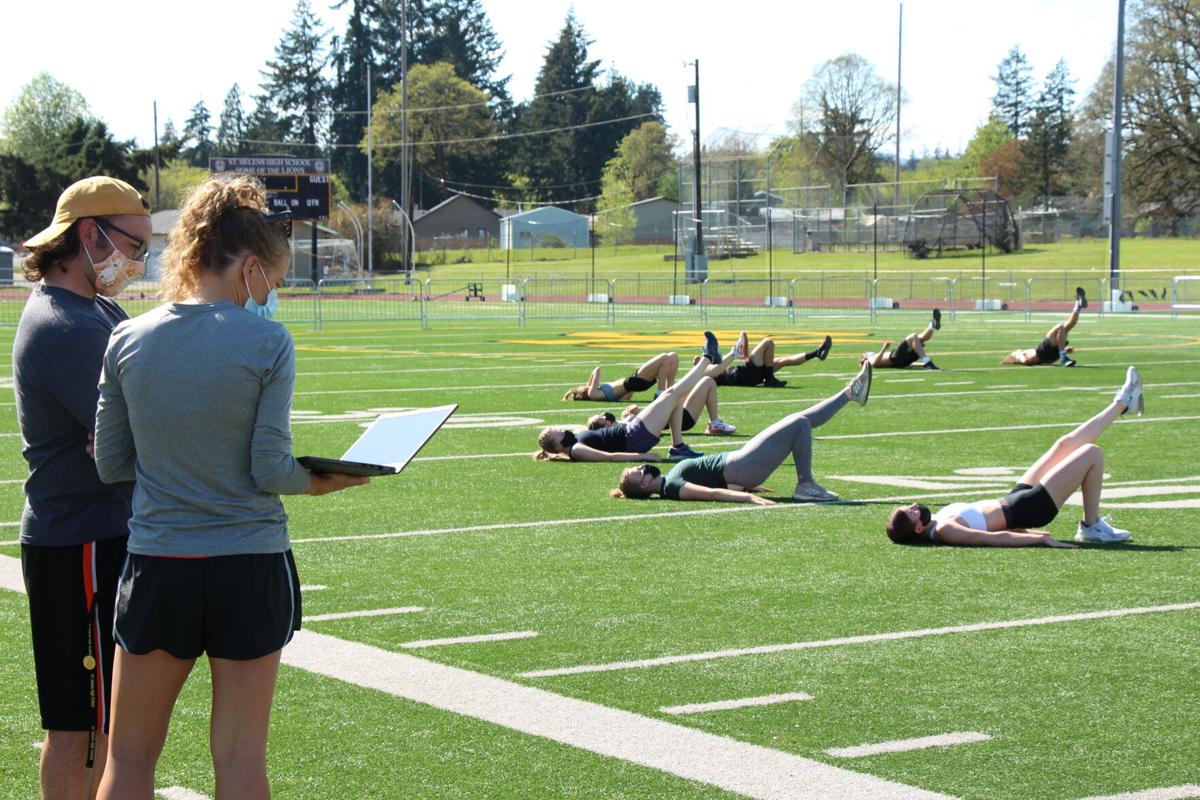 The St. Helens Track and Field team takes a lap during practice.

According to Cox, returning to the field has lifted the students spirits.

“I have seen how they have finally been able to come out of their shelter life and it has really brightened their spirits, they are happy to be here and they are here every single day on time, before practice. They are ready to go. They are eager just to have any kind of a season.”

Cox, in her third year as head coach, said the pandemic related shorten season is challenging and limits competition.

“I want them to stay healthy,” she said. “I tell them it is really important to take it easy because it is very easy to be injured when they have had essentially a year off since we didn’t have a track season last year. As long as they can stay healthy, I just want them to be able to compete.”

The squad had only a week and a half of practice before its first meet, hosting Parkrose April 14.

“Thankfully, we had a winter sports season prior and most of the athletes are involved in other sports like football, soccer, cross country and volleyball, so that really helps in their conditioning and helps build a base, but we are still nowhere near what we used to be.”

Cox said normal conditioning for the track and field athletes is between 10 and 11 weeks. This spring, the students had approximately six weeks to prepare.

“It’s a pretty strong league all across the board,” she said.

The Lion’s strengths are the sprints.

“Everybody is doing really well,” Cox said. “I feel really confident moving forward. I am just happy to be here. I didn't think we were going to have a season. Its so nice to be around the kids. They missed it. I really did too."

Moore, Hayduk and Warner are all returners on the district championship relay team.

St. Helens is scheduled to compete at Scappoose at 4 p.m. Wednesday, April 28 and will host their last two meets at 4 p.m. May 5 against Wilsonvillle and at 4 p.m. May 12 against Hillsboro.

Look for meet results at osaa.org.