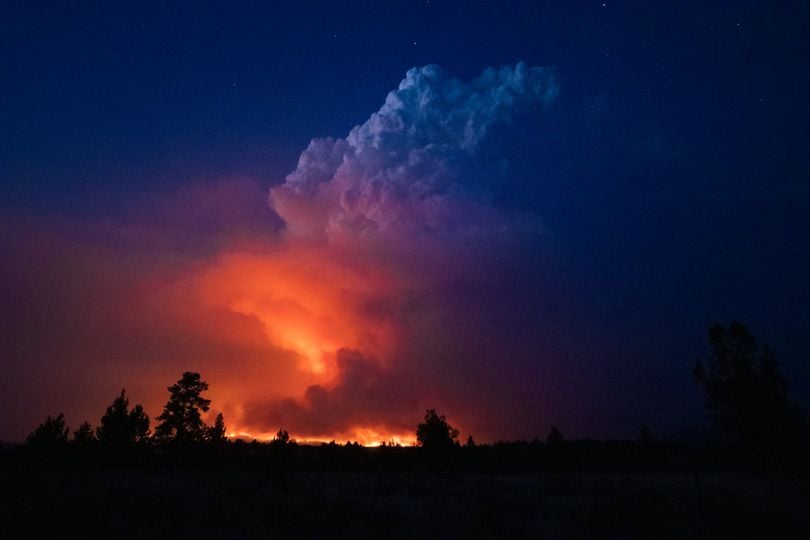 The Bootleg Fire in Southern Oregon is the largest wildfire in the nation at nearly 400,000 acres. 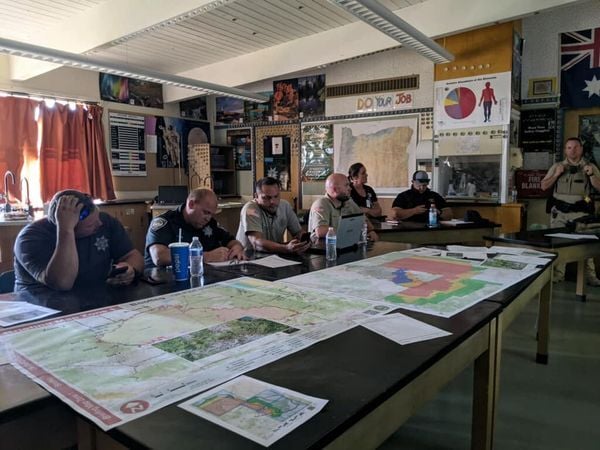 Fire personnel and other agency staff hold a strategic planning session at the Bootleg Fire.

A member of the Columbia County Sheriff's Office (CCSO) was sent to the Bootleg Fire in Southern Oregon.

It is the largest fire in the nation at near 400,000 acres. Fire officials said the Bootleg Fire was cause by lightning.

“CCSO is committed to lending assistance to other agencies in times of need," Pixley said in a Facebook post. "In this unified effort, together we can face the challenges in Lake County and help save lives.”

"He returned to Columbia County this last Tuesday." Pixley said. "We have not sent anyone back yet but are available to assist if and when needed."

Pixley said CCSO will assist other Sheriff's Offices who are facing wild fires as needed.

"In the past we have performed Incident Command related functions, assisted with law enforcement response in the affected areas, assisted with search and rescue and helped safely evacuate the communities," he said.

A team firefighters from Columbia County were sent earlier this month to help in the suppression of a wildfire near Sisters. That team has since been dispatched to an wildfire in Eastern Oregon.

Fire agencies in Columbia County and across the state continue to urge public awareness and safety due to the heightened wildfire dangers this summer.

Nearly 450,000 acres of land have already burned across the state during this year’s wildfir…

Weather: Preparing for the next heat wave

Heat Wave: What businesses need to know about Oregon's rule Column: Thumbs Up - Thumbs Down

Column: Marked by behavior of your ancestors

Column: It’s not too late to fix Oregon bill that could restrict local news

Heat Wave: What businesses need to know about Oregon's rule

As temperatures rise in the days ahead, Oregon OSHA is reminding employers of their new obligations under an emergency heat illness prevention rule. Read more

The police blotter relates to the public record of incidents as reported by law enforcement agencies. Read more

Oregon Gov. Kate Brown has signed into law a comprehensive clean energy bill package that includes House Bill 2021, the 100% Clean Energy bill, which sets the most aggressive timeline in the country for moving to 100% clean electricity sources by 2040. Read more

For Lt. Commander Andrew Jarolimek, a pilot for the Coast Guard in Astoria, his work is rarely, if ever, dull. Read more

All animals inside a Scappoose pet store are safe following a fire at the business Sunday morning. Read more

Column: Thumbs Up - Thumbs Down

Column: Marked by behavior of your ancestors

Column: It’s not too late to fix Oregon bill that could restrict local news

In the late 1980s, barges of waste were sailing across U.S. waterways with no place to call …

Newspapers and magazines go to every corner of this state.